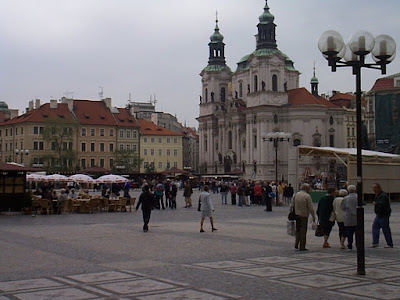 Bill Roggio is back in and will embed with the Marines in Fallujah. You can read about his trip back to The Sandbox, and several impromptu conversations he had with soldiers, Marines, and contractors during his journey here. A common thread through the conversations he had is the military’s anger at MSM reporting from . Example:
In nearly every conversation, the soldiers, Marines and contractors expressed they were upset with the coverage of the war in in general, and the public perception of the daily situation on the ground. The felt the media was there to sensationalize the news, and several stated some reporters were only interested in “blood and guts.” They freely admitted the obstacles in front of them in . Most recognized that while we are winning the war on the battlefield, albeit with difficulties in some areas, we are losing the information war. They felt the media had abandoned them.
In this day and age the troops get the same news we do…Fox, CNN, MSNBC, et al… and they don’t like it. Come to think on it, more than a few of us don’t like it, either. I’m looking forward to reading Mr. Roggio’s reports from Fallujah.
So… It’s been more than a week since I last posted something political. I haven’t disengaged from politics completely; I’m still reading the stuff, but not nearly as obsessively or completely as in weeks past. Refraining from commenting is doing wonders for my attitude, I think. It’s hard to tell, of course, since I’m judge, jury, and…wait! Don’t finish that thought!

I am wondering, though, if my sudden disinterest in the subject is symptomatic of being on the losing side of last month’s elections. Could be. And then again, maybe not. I prefer to think it’s just a case of burn-out. The classic remedy for burn-out is time off, and once again, I prefer to think that’s what’s happening here.
Here’s a pretty cool video from a couple of guys who go by the name of Dos Gringos. Rumor has it these two guys are F-16 drivers just back from The Sandbox, but their web site is pretty thin on info. They have links to photo albums with pics taken in Iraq, and I’m surmising they are either (a) stationed at Cannon, (b) were once stationed at Cannon, or (c) flew jets assigned to Cannon…based on the “CC” fin-flash on the jets in the picture(s). A pretty cool vid, though…lots of stuff being blown up and an original soundtrack! I found these guys by following a link Lex posted to this video, which is just as good…if not better than “Gunz.”
The NYT has a pretty good, if brief, article on Turkey in today’s edition. There’s a soft spot in my heart for , and I believe the has no better or more steadfast friend in the than . I lived in as a child from 1957 until 1959. I returned to in 1971, when I was privileged to be stationed in Beautiful Sinop by the Sea. It’s a beautiful country full of friendly people who are predisposed to like Americans. is one of the most fascinating cities on the planet, bar none. And raki! OmiGawd…raki! A first cousin to ouzo, raki is deserving of a post unto itself. Or, perhaps the effects of drinking raki are deserving of a post…
Today’s Pic: A grey day in , Part Deux, or alternately "Just Another Pic From The Great European Divorce Tour." I moseyed on over to those umbrellas immediately after snapping this pic and had a couple of Budvars while scoping out the passers-by. June, 1999.
Committed to the Inter-tubes by Buck on 12/05/2006 09:16:00 AM