Back to Normal Again 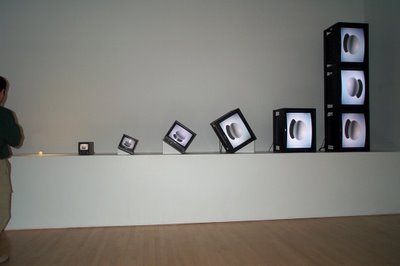 We lost an F-16 in yesterday, and the “we” is up close and personal. From yesterday’s Clovis News-Journal:

The pilot of a Cannon Air Force Base F-16 fighter jet that crashed Monday in is still missing, Air Force officials said.
The pilot was not found at the crash site, the Air Force said. The Air Force has not identified the pilot nor said to which base or unit the pilot was assigned. Cannon officials said the pilot was not stationed at Cannon.
Needless to say, folks in this neck of the woods are relieved, but that doesn’t mitigate the fact we’ve lost another hero. Lex posted a piece on Close Air Support yesterday, and this loss, specifically. He knows from whence he speaks, because, well, he was in the business. And as he said: the news is hard, and it gets harder.
I’ll bet most Congresscritters just hate to see this list come out. Some predictable winners and some interesting categories, e.g., “Meanest,” “Biggest Windbag,” and “Babe” (“Hunk” for men). Maria Cantwell as “Babe?” I’m sorry…I just don’t see it. But Mary Landrieu? In a frickin’ heartbeat!! ’s Stephanie Herseth, too. Via Real Clear Politics.
I tend to talk more about TV ads I don’t like than those I do. Well, here’s my favorite ad at the moment, and I like it a lot. I’m not alone: the YouTube video has been viewed 33,423 times (as of last evening) and “favorited” 445 times. That’s a lot. The soundtrack to the ad is by a band called HEM; the song is “Half Acre,” and you can hear a 30 second snippet here (requires Real Player); their home page is here. Actually, you can hear more than 30 seconds just by playing the ad, which is a minute long. But nonetheless, it’s truly a beautiful song and the perfect soundtrack to that ad.
The advertisement is a wonderful testimonial to the effectiveness of The Golden Rule. Or, put another way, it’s a series of mutually-reinforcing random acts of kindness. I wish there were more ads like this. Inspirational.
Bravo, Mutual! If I needed insurance, I’d buy it from you. (Am I the guy that’s supposedly immune from advertising? Really?)
Glenn Reynolds, the Instapundit, writing in his TCS Daily column (“A Second American Civil War?”):
Nonetheless, Card's cautionary tale is worth bearing in mind. Civil wars are, traditionally, among the most bloody, and the hardest to prevent once the ball gets rolling. So what do we do?

One question is "who's 'we' here?" I don't see much of a sign that the American public -- which, after all, overwhelmingly favored centrists in this month's elections -- is as divided as Card suggests. But -- as Card also notes -- the elites are much more divided, and the media tend to play up those divisions, because division and conflict are good story-drivers. ("We live in a time when moderates are treated worse than extremists, being punished as if they were more fanatical than the actual fanatics.") To the "activist" crowd on the left and right, people who don't share their views 100% are evil, and on the other side. This tends to backfire politically, which I think is why the elections favored centrists this time, but that doesn't stop the polarization. In a way, it tends to make it worse.
I’m generally “off” politics at the moment, and will likely remain so for the foreseeable future. Why? I’m simply sick-to-frickin’-DEATH of it, all of it. Most of the political views one reads in the blogosphere are written by the folks Reynolds describes as “activists,” aka extremists. This is especially true on the Left, but the Right isn’t immune. And I’ve had bloody well enough of extreme views for the moment. All that said, Mr. Reynolds’ column struck a chord with me…
So. A major cold-front is sweeping down from the north. The wind is picking up, and we’re likely to reach today’s high temp of 48 degrees sometime in late morning, after which the mercury will fall and keep falling until we bottom out around 15 degrees tonight. Tomorrow’s forecast is for snow flurries, with a high of 39 degrees. I expect no sympathy from you residents of the Northern Tier.
But…I’m steeling myself, psychologically, for the onset of winter. Which means remembering to leave the faucets dripping so as not to freeze up, burning through ten gallons of propane a week, and wearing sweaters and my fleece slippers in the house, instead of summer’s tee shirt and shorts (or less). {sigh}
It is what it is… But that doesn’t mean I have to like it!
Today’s Pic: Art? I post, you decide. A work in SFO’s Museum of Modern Art. Art or no, I thought it was pretty cool. Cool enough for a photo, anyway. August, 2001.
Committed to the Inter-tubes by Buck on 11/29/2006 09:33:00 AM