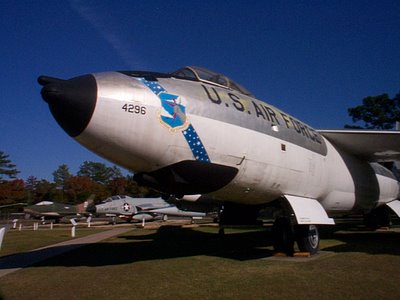 Well, I’m glad they got that out of their system. It was probably unrealistic to expect the Tigers to win eight straight games in the playoffs, especially against a motivated (and insulted) team. Still, at the end of the first inning I was thinking things were going according to plan. Piece of cake, and all that. YeahRightSure! Here’s what Gene Wojciechowski has to say:

This is what happens when you fall in love with a story line. Even after Saturday evening's 7-2 loss, I still think the Tigers are going to end the postseason with champagne on their unis. But no way is this thing over in five or six games. The Cardinals are too proud, too well-managed, and too experienced to become afterthoughts and footnotes.

I’m not sure I agree with Wojciechowski’s implication the series will go seven games, but six isn’t beyond the pale. It’s apparent (to me, at least) that the Tigers’ six days of rest didn’t do them any good. Three errors in a World Series game is an indication of serious rust, and is a wake-up call. I think the Tigers will look a lot better this evening.

Yesterday’s football games were pretty good great. I watched two games in their entirety and pieces of two others, and in both (complete) games the favored teams (Texas, ND) had to pull it out of their…um…ear in the last minute to get the win. Notre Dame’s last minute heroics (literally: they got the winning TD with 27 seconds left on the clock) had me jumping up and down on my seat. The finish was that good, that intense. Until I calmed down and realized that UCLA should have never been in it to begin with. But…but…any team going into is supremely motivated. Notre Dame has that effect on their opponents, regardless of how well ND is doing that year or the history between the two teams. It could be a long-standing rivalry (like , USC), or a new addition to the schedule: it doesn’t matter. It’s Notre Dame!

Shahid Malik, the Labour MP for Dewsbury, spoke for almost the entire nation yesterday when he told Aisha Azmi – the Muslim teaching assistant suspended for wearing a veil – "to just let this thing go". An employment tribunal has rightly rejected Mrs Azmi's case for unfair dismissal, though – absurdly – it has awarded her damages for "victimisation" by her local council.

Moreover – and this is something that has gone largely unremarked – the behaviour of Mrs Azmi and her suspiciously glib supporters has particularly annoyed many British women. We are not talking here of those earnest feminists who are desperately trying to disentangle their allegiances to multi-culturalism and secularism: the hand-wringing of, say, the Guardian's Madeleine Bunting is a joy to behold. What strikes us is the anger of sane, civilised women at the claim that Mrs Azmi's dismissal impinges on their own rights. That is a preposterous notion. If British women feel any sympathy for the teaching assistant, it is because she appears – ironically, given the casus belli – to have been turned into a mouthpiece for male Islamists who genuinely wish women to endure a form of medieval subjugation.

Further evidence that rationality is beginning to prevail in . I particularly enjoyed the barb directed at Madeline Bunting and by implication, The Guardian, in general. The Guardian has long been the “voice” of the British liberal-left (one could say fringe-left and not be too far off the mark). It’s good to see them on the losing end, for a change. Lefties, of course, will not agree.

Full disclosure, of sorts: My animosity towards The Guardian is deep-rooted and goes back to the early 1980s when I was stationed at RAF Uxbridge and lived on High Wycombe Air Station. The Guardian was the mouthpiece for the “peace movement” and devoted a great deal of coverage to the “Peace Camps” outside of and the much larger, more visible camp outside of RAF Greenham Common. Publicity, of course, aided and abetted the loonies and enabled them to survive—thrive, even. I’ve never forgiven The Guardian for that, even (and perhaps especially) when they were ultimately proven to be wrong about the deployment of the ground launched cruise missiles.

And while we’re on about the , this is interesting: “We are biased, admit the stars of BBC News.”

It was the day that a host of BBC executives and star presenters admitted what critics have been telling them for years: the BBC is dominated by trendy, Left-leaning liberals who are biased against Christianity and in favour of multiculturalism.

A leaked account of an 'impartiality summit' called by BBC chairman Michael Grade, is certain to lead to a new row about the BBC and its reporting on key issues, especially concerning Muslims and the war on terror.

At the secret meeting in last month, which was hosted by veteran broadcaster Sue Lawley, BBC executives admitted the corporation is dominated by homosexuals and people from ethnic minorities, deliberately promotes multiculturalism, is anti-American, anti-countryside and more sensitive to the feelings of Muslims than Christians.

One veteran BBC executive said: 'There was widespread acknowledgement that we may have gone too far in the direction of political correctness.

'Unfortunately, much of it is so deeply embedded in the BBC's culture, that it is very hard to change it.'

Well, Hell. We knew that! It is refreshing, though, to see the Beeb’s senior leadership admit bias, even if it’s only in private. The first step on the road to recovery is to admit you have a problem, right? OK, you’ve got a problem. Fix it.

If Democrats win control in November, House Minority Leader Nancy Pelosi () has decided to award committee chairmanships based almost entirely on seniority, ensuring that the House would feature far more minority faces, and some liberal firebrands, in key posts.

But, mindful of the growing power of an expanding band of Democratic moderates and conservatives, Pelosi has also vowed that she would keep her chairmen on a tight leash, according to leadership aides and current and former Democratic lawmakers.

Republicans have attacked Rep. Charles B. Rangel (N.Y.), the senior Democrat on the Ways and Means Committee, as a tax hiker. The Republican National Committee called Rep. George Miller (D-Calif.), the would-be chairman of the Education and Workforce Committee, "a liberal partisan" who "would launch criminal inquiries into the Bush administration."

In Topeka, Kan., last week, Vice President Cheney singled out three of the most liberal Democrats in the House as foils -- Reps. John Conyers Jr. (Mich.), the would-be Judiciary Committee chairman; Henry A. Waxman (Calif.), who is in line to take over the Government Reform Committee; and Barney Frank (Mass.), the senior Democrat on the Financial Services Committee.

Click the links of the “right honorable representatives” above to access their voting records on key bills over the past year or so. Are you still thinking about staying home in November? Really? How about this, then?

Misgivings exist in Democratic ranks as well. Several moderate-to-conservative Democrats in the House, who spoke on the condition of anonymity for fear of fraying party unity, specifically mentioned two members: Conyers, who has already laid out what he says are grounds to impeach President Bush, and Alcee L. Hastings (Fla.), a senior Democrat on the intelligence committee, who was impeached and removed from his federal judgeship in 1989 for conspiring to take a $150,000 bribe and give light sentences to two convicted swindlers.

If you think and its government is in trouble, hand the keys to the kingdom over to these loons for two years and we'll be soliciting aid and guidance from the third world.

LMAO If nothing else, aside from the significant problems it would cause the nation, a Dem take over of the House is bound to provide some incredible laughs. Just think, the MSM actually loves this bunch of losers. No wonder their profits are tanked.

Good, bad or indifferent, the only thing that comes close to good organized political judgment in today is the Republican Party. Despite their faults, God save if people stay home and throw them out.

Or, as Edwin Starr sang: “Good GAWD, Y’All!” Fear and loathing, indeed. If I were the RNC, I’d hammer this message home in closely-contested House districts/races. We absolutely cannot afford to cede control of the asylum to the lunatics. We have a war to fight.