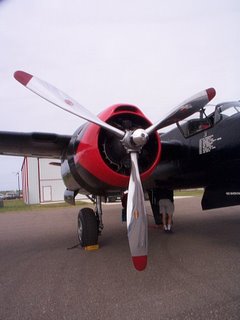 What then should and its allies do in the face of ’s nuclear defiance? The answer is clear: concede defeat. has won this tussle and there is no point in pretending otherwise. Instead of trying to stop ’s nuclear programme, the international community must bring back into the civilised world. The only way to do that is to stop issuing empty threats and to start offering real incentives for co-operative behaviour — non-aggression guarantees from and , removal of the residual US economic sanctions dating back to the 1980s and the prospect of steadily improving treatment in investment and trade. Of course, such a U-turn seems inconceivable while President Bush remains in office. But remember President Nixon’s historic opening to as he was losing the war in . To paraphrase Johnson, a politician’s mind can be concentrated wonderfully by the knowledge that he is faces defeat.

Yep, that’s the ticket. Give up. You win, Ahmadinejad. Have mercy on us, O Ayatollah Khamenei. Please. We beg you.

I’d laugh if this point of view wasn’t so damnably stupid. And dangerous.

I much prefer the approach laid out in today’s WSJ:

The obvious next diplomatic step is to show that the world meant what it said by following through with the toughest achievable sanctions. A myth has developed in some circles that there are "no good options" available to pressure , but that's more excuse than analysis. 's mullahs are unpopular at home and their citizens will notice if they are declared a global pariah state. Sanctions on travel by 's government officials, diplomats and sports teams may be largely symbolic, but such symbolism will not be missed on the Persian street.

is also vulnerable economically. Sanctions on banks that deal with can limit the regime's access to global credit markets for trade and other financing. Despite its oil exports, also imports some 40% of its refined gasoline. A ban on selling gasoline to would surely lead to gas lines and other shortages there, with possible domestic political repercussions. And it is domestic discontent that the mullahs rightly fear the most.

The worry in the West is that would respond to a gasoline embargo by playing its oil card in retaliation, withholding its supplies and sending world oil prices perhaps to $100 a barrel. But the mullahs can't eat oil. Amid other economic sanctions, they would need their income from oil sales more than ever. They are also watching closely to see if the world is serious when it says it won't allow them to go nuclear, and they know better than anyone that gasoline imports are their biggest political danger. They'll know a wrist slap from a serious policy.

The problem with the WSJ’s approach is two-fold: and . Both nations wield veto power in the UN Security Council, both nations are on the record as opposing sanctions and wanting further “negotiations.” We’ve been negotiating for three years now to no avail. Further from the WSJ:

Yesterday, the Bush Administration said it is still studying the Iranian proposal but that the reply "falls short of the conditions set by the Security Council." You can say that again. After three years of Iranian stonewalling since their nuclear deception was discovered, the June resolution was deliberately written to make an end to enrichment a first-order obligation.

And already yesterday, the mullahs' strategy was paying dividends as and took the bait and urged further negotiations. These countries have their oil or nuclear energy deals with , and they don't seem to worry all that much about Islamic radicals getting the bomb. Perhaps they figure that's 's problem, or 's, though how an Islamic regime with a nuclear arsenal helps Russian or Chinese interests is a mystery.

At least the French are standing firm, for the moment. What is it with the Russians and Chinese, anyway?

Slow news day, and that’s not all bad, I suppose. I’ve been surfing the Big Dog blogs and the news outlets all morning for things that I find interesting and/or strike my fancy. Aside from the stuff above I’ve basically struck out. Now that can mean one or perhaps two things…either it really is a slow day, or I’m slow. You decide!

Today’s Pic: One of two immaculate propellers on a Confederate Commemorative Air Force Douglas A-26, taken at an air show in , on . The CAF guys keep those old birds clean!