A Few Good Words, and a Lot of Mediocre Ones 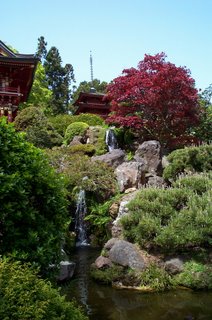 A couple of updates to yesterday’s second post…
First, Rumsfeld vs. the Associated Press. The AP has changed its story, without indicating the original copy has been changed. The Q and O Blog notes:

AP has edited the original story. Yesterday the story had the following lead paragraph:

Defense Secretary Donald H. Rumsfeld on Tuesday accused critics of the Bush administration's Iraq and counterterrorism policies of trying to appease "a new type of fascism."

Additionally this paragraph has gone missing as well:

In unusually explicit terms, Rumsfeld portrayed the administration's critics as suffering from "moral or intellectual confusion" about what threatens the nation's security and accused them of lacking the courage to fight back.

To be replaced by these:

Rumsfeld alluded to critics of the Bush administration's war policies in terms associated with the failure to stop Nazism in the 1930s, "a time when a certain amount of cynicism and moral confusion set in among the Western democracies."

Without explicitly citing Bush critics at home or abroad, he said "it is apparent that many have still not learned history's lessons." Aides to Rumsfeld said later he was not accusing the administration's critics of trying to appease the terrorists but was cautioning against a repeat of errors made in earlier eras.

Indeed. Imagine that. The quotes above are an update to a good post that contrasted, once again, what Rumsfeld actually said vs. what the AP said he said. Very good stuff.

It doesn’t take a tremendous amount of imagination to visualize the Hard Left’s outrage shrieks about Rummy “stifling dissent” and “questioning our patriotism.” Oh, no, it ain’t hard at all; the Lefty blogs were chock full of it (pun intended) yesterday. And yesterday ended with the oh-so-cute Keith Olbermann delivering a “A special comment on his attack on your right to disagree” on his MSNBC Countdown show. Olbermann Watch has all the details and rather pointed comment. If you can stomach it, Crooks and Liars has the compete transcript of Olbermann’s “special comment.” The comment was indeed special… “short-bus” special.

Finally, this post at RedState is tangentially related to Rumsfeld’s speech, but goes even deeper to examine the administration’s approach to Information War. I think the President and his principal cabinet members (the Veep, SecDef, and SecState) have been waging an ineffective info war, characterized by its on-again, off-again approach. Charles Bird at RedState has, among other very good things, this to say:

Rumsfeld has been too late recognizing, addressing and responding in the Information War. It's within his power to change the communications set-up, yet little has happened (but give him credit for addressing it these past couple of weeks). In this War Against Militant Islamism, a Defense Secretary needs to have a competent media apparatus. Bush is also responsible for these lapses. This doesn't mean that we answer untruth with untruth, but we do have to answer. If not, false perceptions will continue to supercede in the Muslim world.

Bird’s article is also chock-full of great links on this important subject.

CBS comes clean, the Couric photo was Photoshopped. The linked article is from the AP, but I’ll believe ‘em this time. And just for the record, I’m completely ambivalent about Ms. Couric. I’ve never watched her, and the chances of me watching her in future are pretty slim, actually (no pun intended, honestly). I do admire the fact Ms. Couric struck an excellent business deal with CBS and wish her well. Couric, by the way, was quoted thusly on the brouhaha:

Couric, 49, said she hadn't known about the digitally reworked version until she saw the issue. The former NBC "Today" show host told the Daily News, "I liked the first picture better because there's more of me to love."

Heh. “there’s more of me to love.” Katie is right up my alley in that space!

The U.S. military is operating under the assumption that Iran is five to eight years away from being able to build its first nuclear weapon, a time span that explains a general lack of urgency within the Bush administration to use air strikes to disable Tehran's atomic program.

Defense sources familiar with discussions of senior military commanders say the five- to eight-year projection has been discussed inside the Pentagon, which is updating its war plan for Iran. The time frame is generally in line with last year's intelligence community estimate that Iran could have the capability to produce a nuclear weapon by the beginning or middle of the next decade.

But the sources said that while the five-year window provides President Bush additional time to decide on whether to launch military strikes, they suspect it underestimates Iran's determination to build a bomb as quickly as possible.

Yes, this explains the “general lack of urgency.” But…have we seen this movie before? From Wikipedia (emphasis mine):

Working under a stubborn and scientifically ignorant administrator, the Soviet scientists struggled on. On August 29, 1949, the effort brought its results, when the USSR tested its first fission bomb, dubbed "Joe-1" in the U.S., years ahead of American predictions. The news of the first Soviet bomb was announced to the world first by the United States, which had detected the nuclear fallout it generated from its test site in Kazakhstan.

Yeah, I know. Take the Wiki with a grain of salt. But American intelligence has a nasty habit of getting it wrong, perhaps more often than they get it right. And getting it wrong, in this case, makes the problem/issue a helluva lot more difficult than it currently is. Just sayin’.

A problem I don’t have… From the WSJ:

In the height of summer-holiday season, bloggers face the inevitable question: to blog on break or put the blog on a break? Fearing a decline in readership, some writers opt not to take vacations. Others keep posting while on location, to the chagrin of their families. Those brave enough to detach themselves from their keyboards for a few days must choose between leaving the site dormant or having someone blog-sit.

To be sure, most bloggers don't agonize over this decision. Of the 12 million bloggers on the Internet, only about 13% post daily, according to the Pew Internet and American Life Project. Even fewer -- 10% -- spend 10 or more hours a week on their blogs.

Wow. I didn’t realize I was in such a small group of bloggers – the 13% that post daily, and the ten per cent that spend 10 or more hours a week on their blog. I don’t know if the reading required to keep up the blog counts (I think not), because I did about the same amount of reading both before and after I began blogging. I will admit, however, that the focus of my reading has changed somewhat. I find I ask myself “Is this ‘bloggable’?” when time runs short in the morning. There are times I’ll skip something if the answer to that question is “no.” Sometimes I go back, most often I don’t. Be that as it may, I have no compunctions at all about leaving EIP unattended while I go off somewhere. It’s sorta like what Dylan said: “When you got nothing, you got nothing to lose.” At the rate I’m going, it’ll take me eight years to get the traffic Sullivan gets in a single day. As I said: this is a problem I don’t have, or, in other words: “No worries, Mate!”Today’s Pic: In the Japanese Tea Garden. Golden Gate Park, San Francisco. April, 2001
Committed to the Inter-tubes by Buck on 8/31/2006 09:59:00 AM